An article posted by Joe Mozingo talks about how this years winter season in Mammoth Lakes, California was truly record breaking and one we won’t forget. To read all about it view below!

Residents tunnel out after a winter that lived up to history. By February, the snow made many neighborhoods here feel subterranean.

Twenty-foot walls of white, corniced by the wind, leaned over the plowed roads. Residents worked feverishly to keep the snow from swallowing their homes. They dug tunnels and narrow passageways to the street, opened portals to get light through second-story windows, shoveled dangerous weight off their roofs.

Unoccupied homes were so buried that a child might unknowingly sled down one. On still nights, when the wind stopped and the plows had passed, the silence was absolute. Only the streetlights and spirals of smoke from unseen chimneys suggested human life.

This year’s record-setting February and continued storms have reconnected residents to a historic rite of passage in California’s highest town, a place that largely came to be because of its monumental snowfall.

Brenda McCann had gone through the many harsh Mammoth snowfalls since her first autumn here in 1998, when four feet fell in two days at Thanksgiving. The old-timers called her neighborhood of Old Mammoth “Moleville” because of its propensity to get buried, turning homes into burrows.

The long drought began to make those eerie winters feel distant, a fading quirk of a town just five hours from Los Angeles that regularly made winters in Buffalo look moderate.

But the heavy snows of 2017 brought back memories. Many homeowners were unprepared, and roofs collapsed.

This winter, the town was ready, as 17 feet of snow landed in February, with more storms following in March.

While her house sits a good four feet above her driveway, she had to climb five feet over a frozen berm to get out, until she had someone plow it away. In the backyard, the snow rises straight up over the two-story roof of her next-door neighbor.

“I’ve seen a lot of dogs on roofs this winter.”

During and after white-out days, people spend so much time shoveling, blowing, shoveling, that their backs wince and their abs feel like they’d done a couple hundred sit-ups.Members come into the gym where McCann works, they say, “I worked out all day, I just need the Jacuzzi.”

One of her friends, who had moved back to Mammoth in summer after many years away, told her: “I’m outta here. Now I remember why I moved away in the first place.”

The sheer volume of the snow creates a logistical puzzle. Where to put it?

If you’re looking to experience this snow-madness in Mammoth Lakes, California. Click the link below to rent a 5 star vacation rental from Nomadness Rentals today!

Save up to 30% OFF Lodging: https://www.nomadnessrentals.com/#discounts 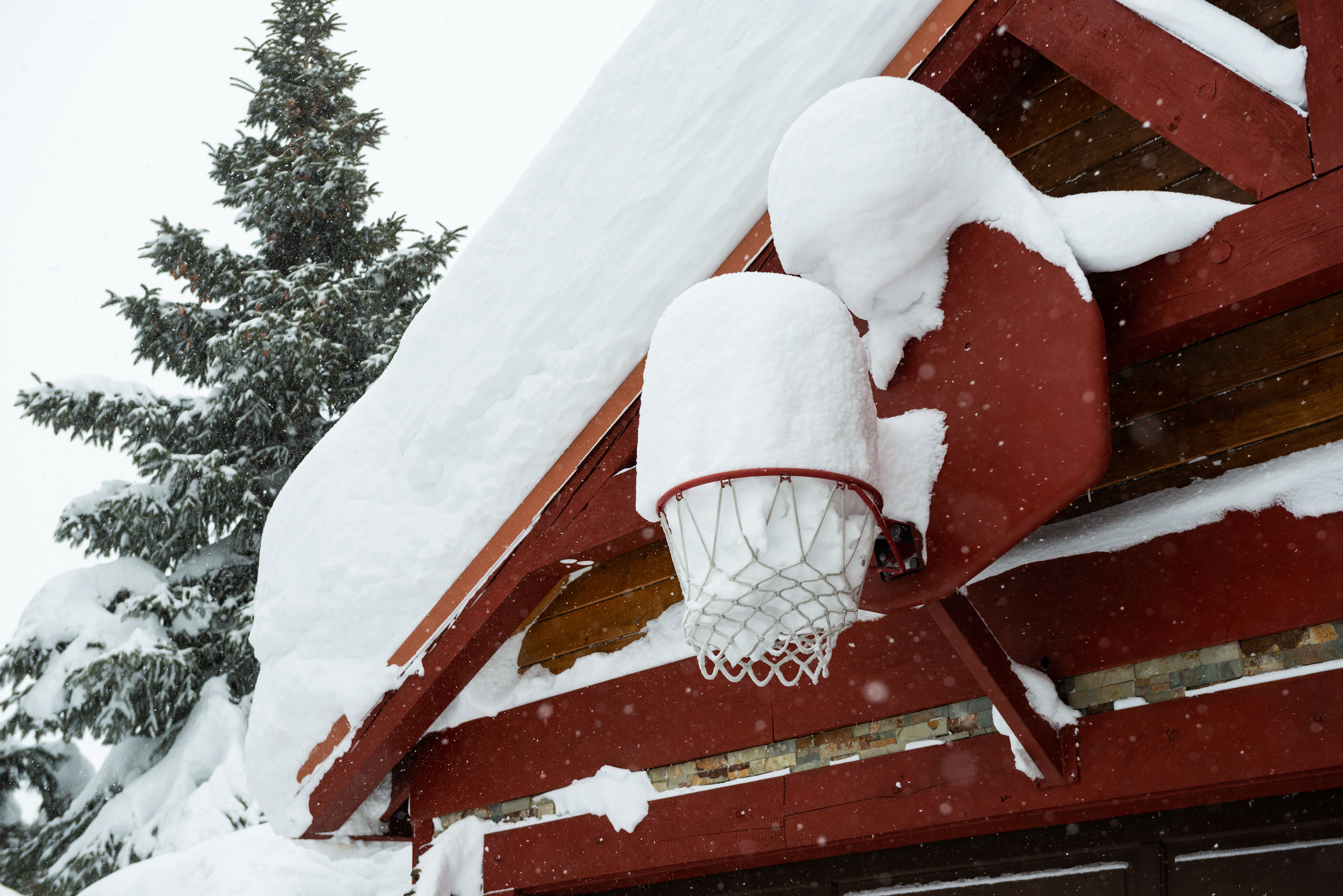