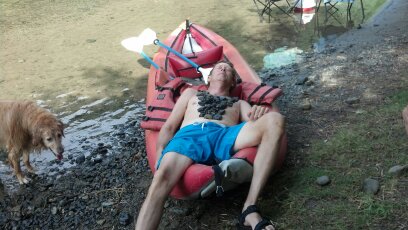 9 Surprising Signs You May Be Smarter Than Average

Researchers found that a higher IQ score could be an indicator of some curious behaviors.

Conventional wisdom may point to smart people having advanced levels of cognition, creativity, or emotional intelligence, but if you ever wondered whether you belong with the brainy bunch, these nine signs may confirm what you already know.

1. You’re the first child in the family.

A study of 250,000 Norwegians published in Science magazine revealed that the oldest sibling had an average IQ 2.3 points higher than younger siblings. The reason is due to the environment and family dynamics, not genetics. The firstborn gets the benefits of full parental attention. When No. 2 arrives, that older sibling becomes a tutor to the younger sibling, which has high cognitive demands and boosts intelligence for some firstborns.

Intelligent people (many of them liberals) lack common sense, says evolutionary psychologist Satoshi Kanazawa, co-author of Why Beautiful People Have More Daughters. The reason for this is because their general intelligence overrides it. “They think in situations where they are supposed to feel,” states Kanazawa. He adds, “In evolutionarily familiar domains such as interpersonal relationships, feeling usually leads to correct solutions whereas thinking does not.”

The New Yorker reported n 2013 that lefties have faster and more accurate spatial skills, greater mental flexibility, and enhanced working memory. They’re also “divergent thinkers” — a specific kind of creativity that gives them the ability to generate novel ideas on a whim.

4. You play an instrument.

There is growing evidence that musicians have structurally and functionally different brains compared with nonmusicians. The research suggests “the areas of the brain used to process music are larger or more active in musicians. Even just starting to learn a musical instrument can change the neurophysiology of the brain. The brain regions involved in music processing are also required for other tasks, such as memory or language skills.”

A study at the University of Madrid says night owls have a higher IQ than the early risers springing out of bed. They also earn more and lead more comfortable lives.

6. You were a breast-fed baby.

One longitudinal study in Brazil that followed 6,000 people from birth to the age of 30 found that breast-fed babies achieved more success and earned more income. In one test, babies who nursed from their mother scored better on intelligence tests as adults.

Harvard Business Review reports that people with a higher “curiosity quotient” (CQ) are more inquisitive and generate more original ideas, and this “thinking style” leads to higher levels of knowledge acquisition over time. It may explain why Albert Einstein famously said, “I have no special talents. I am only passionately curious.”

If you laugh at sick jokes and others’ misfortune, chances are you have high intelligence. In a study reported by BPS Digest blog the group with the highest sick-humor appreciation scored the highest in verbal and nonverbal IQ tests, were better educated, and scored lower for aggression and bad mood.

Schwantes, Marcel. “9 Surprising Signs You May Be Smarter Than Average.” Inc.com, Inc., www.inc.com/marcel-schwantes/how-can-you-tell-youre-smarter-than-average-scienc.html.